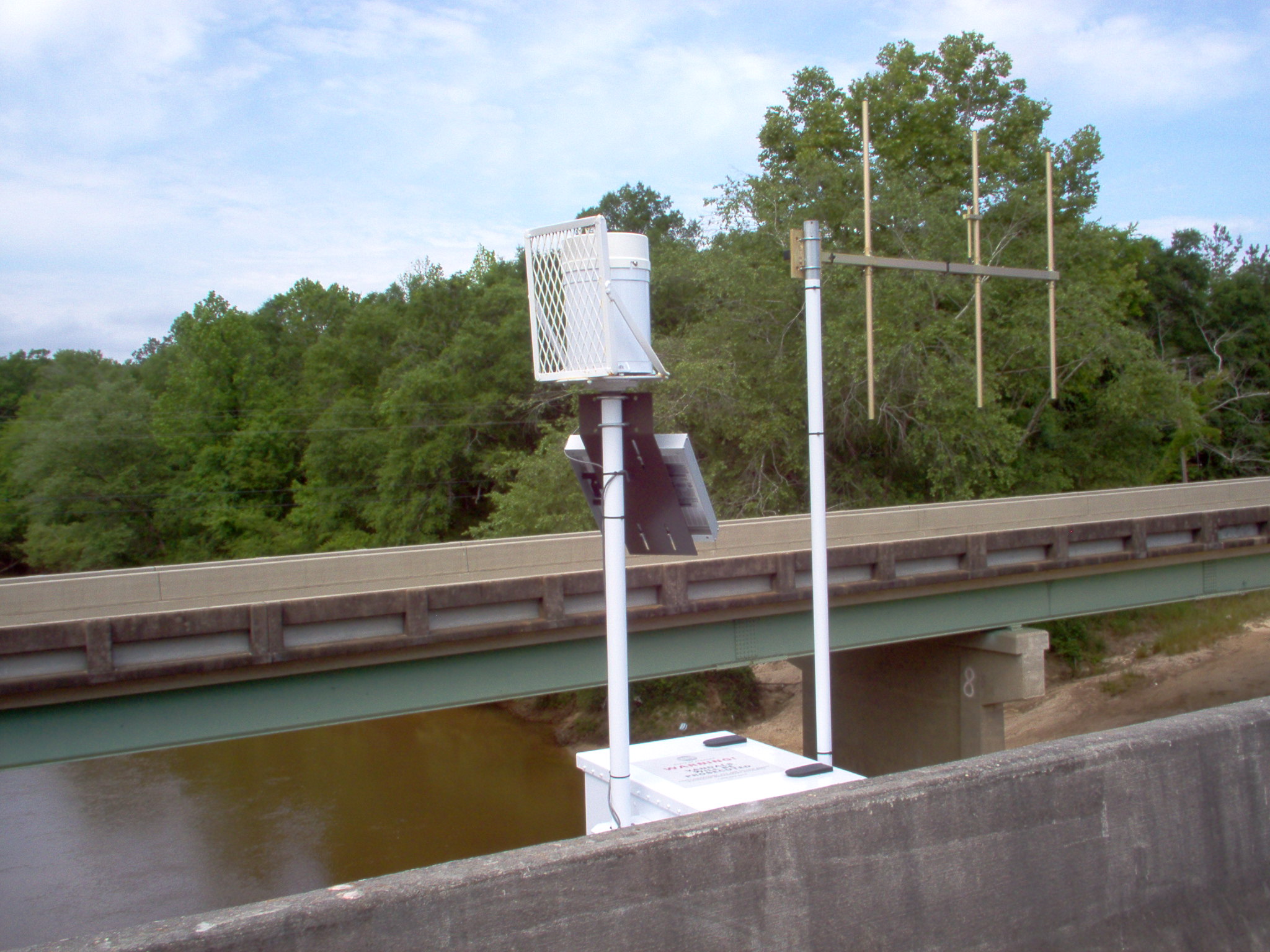 Devastating floods in southeast Alabama during past decades demonstrated the need for modern enhancements to provide real-time warnings of threatening weather. As a result of a congressionally-authorized Reconnaissance Study in 1993, the U. S. Army Corps of Engineers, Mobile District, in cooperation with CPYRWMA, designed and installed a basin-wide Flood Warning System (FWS). The overall purpose of the system is to provide timely, reliable, and accurate warnings to communities along the Choctawhatchee, Pea and Yellow Rivers which could be subject to flooding during periods of heavy inclement weather. The system is the largest and only basin-wide flood warning system in the State of Alabama. Operation and maintenance of the FWS is the responsibility of the CPYRWMA to ensure the system is fully capable of monitoring and forecasting potential flooding conditions.

The FWS consists of 22 rain/river gauges located at strategic locations in eight southeastern Alabama counties which electronically monitor rainfall and river levels. The gauges monitor rainfall in 0.04-inch increments and monitor river levels of approximately 1½ inches with either pressure transducers or radar sensors. When there is no change in rainfall or the river level, a gauge will report only every 12 hours just to signal it is still “active”. A report is sent when there is at least 0.04 inches of rain or when the river level changes by approximately 1½ inches.

Rainfall and river-level data from the gauges are sent via a radio signal to one of four repeaters located on area towers which transmit the data to base computers located in New Brockton, Elba, and Geneva, Alabama. During periods of threatening weather and heavy rainfall, the system is constantly monitored by the CPYRWMA which disseminates the data real time to the National Weather Service (NWS) which uses the information to develop forecasts. Data are also transmitted real time to the Emergency Management Agency offices and to local and state officials, and to first responders. The NWS has the legal authority to monitor potential flood threats and to issue formal flood warnings for these river systems.

The Alabama Emergency Management Agency supports the FWS by providing some financial assistance and office space for the system’s base control center. Current and historical rainfall and river-level data for the Choctawhatchee, Pea, and Yellow River basins may be accessed at the FWS link below: